The research object of this dissertation is the City of Rest and Holiday (CRV) of the GATCPAC. A project that was born in 1931, presented at CIAM IV, published in various journals, but never executed because of the Spanish Civil War. The GATCPAC placed the holiday resort on the beach of the Llobregat delta, between the towns of Castelldefels, Gava and Viladecans. The place was categorized as rural, an extremely flat landscape defined by strips of dunes, a pine forest and wetlands. The project was inspired by the need to provide a space for the rest of the Barcelona working class, which thanks to the progressive government policies of the Spanish Second Republic had, by law, and for the first time, a weekend. In order to convince the society about the need of the project the GATCPAC created a cooperative for its promotion and organization. The search of this specific place was lead by the idea of combining nature and resting: the GATCPAC was convinced that for urban life stress recovering, it was indispensable to have contact with nature. This connection was clear during the weekend when thousands of people leave the city leading both to the sea and mountainous natural landscapes. The challenge of the project was to combine the order, civility and culture inherent in the «city», with the amplitude, the relationship with the land and freedom inherent of «rural areas». The resources used by the architects to reconcile «city» and «rural areas» interpreted the landscape as an organizing pattern, minimized building by concentrating activity, avoided urbanization, conceptualized the «gap» as another dimension of the project, used agriculture to isolate the resort and «activate» the landscape. Thus, the project preserved the virgin nature appearance, and was only ordered by a minimum mesh of roads and canals. The buildings, keeping large distances one from another, were erected above the pines, occasionally, as landmarks in the landscape. The GATCPAC reached these conclusions about landscape after reviewing several urban past projects, which were reinterpreted under the perspective of the rest. Among them, which stood as relevant were the Russian ¿deurbanizing¿cities, the siedlung and the Soviets settlements devised by Ernst May, as well as the conceptual framework laid down by Le Corbusier. The project also incorporated «organic» mechanisms to settle in the area, which could be related to the Catalan urban culture, a culture that had been evolving between 1910 and 1920, and was influenced by Howard’s garden cities theory. This dissertation explains and contextualizes the project, but also demonstrates the validity of the parameters with which the GATCPAC ordered the CRV. This work also shows that the interest of the GATCPAC model, unlike most modern urban theories, lies in avoiding to consider a radical restructuring of the existing city, at least in the short term, but to «turn on to the suburbs», with a clear landscape intention. The existing city, which is dense and stressful, is complemented by an antithetic area located at a close distance. This is a «revealing» mechanism, facing the contemporary suburban landscape, where open spaces are mixed with housing, factories and infrastructures, facing the urban agglomerations caused by weekend escapes, and facing the territorial problem of second residences. Despite the current landscape situation is radically different than from the thirties, the GATCPAC proposal of the activation of the suburbs is still inspiring because it poses a challenge to a very present situation: the territorial sustainable balance between urban life and the desire for nature contact of its inhabitants. 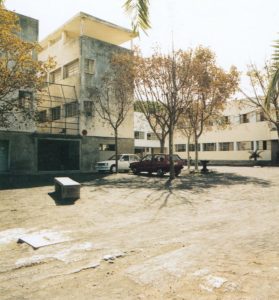 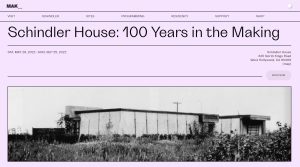