Subirana’s figure has always been tied to the trio of architects formed by Sert, Torres Clavé and himself, inside the GATCPAC. His name has remained tied to important works such as the Residential Set named “Casa Bloc”, the Antituberculosis Clinic, as well as libraries and hospitals projected during the Second Republic Government. The target of this thesis is to understand and reconstruct Subirana’s role in the mentioned team, as well as his knowledge which deeply influenced the rationalist architecture of the last century. To achieve it, the first thing to carry out has been to investigate in his architect curriculum, in order to know the process about his formation in Barcelona and Berlin, his professors, such as Bruno Taut, who influenced him. His professional work during the realization of his postdegree in Germany with Gropius and Mendelsohn made him look at architecture in a different way of production. Coming back to Spain and after the presentation of his final master work, he got in touch with García Mercadal and Sert, working simultaneously in Madrid and Barcelona in the Modern Schools’ Exhibition, as well as in different projects of GATEPAC and GATCPAC, becoming a union link between both. Finally, in 1933, he got established in Barcelona, working with Sert and Torres Clavé at GATCPAC’s office, where he projected buildings, being entrusted to direct the works for express order of the Generalitat. During previous years to the Civil War he worked in multiple projects inside this team, but he was asked to make some private orders individually, too, applying the same projectual and aesthetic parameters than the ones used in works realized with Sert and Torres Clavé. However, in some of these private works, alternative solutions with some eclecticism can be found. Subirana is the manager of finishing the works that GATCPAC is constructing in Barcelona, so in the beginning of the Civil War, Sert goes into exile, first in France and later in USA. On the other hand, Torres Clavé dies in the contest. On finishing the war Subirana had two orders of expulsion, but thanks to his double nationality (he was born in Argentina and married in Spain) he was not forbidden to go on practicing the architecture. In order to achieve a real knowledge of his work in solitary since 1929 till his death in 1978, which is almost unknown, a deep study has been carried out. His work is modest, so he got survive the dictatorship, but never could live from it. His clients were modest merchants, who didn’t ordered him new works, but works of reconstruction. He never received any order from the administration, so he was labelled by his works near the power during the republica’s period. Some of the most important projects he realized have been chosen in this thesis, in order to know the types of architecture he developed in such difficult times as the postwar, in spite of many of them were not constructed. These projects have been compared with another retionalist works of the Years 30, in order to recognize the way that Subirana projected in those moments. In some cases these projects have been compared with other works of Subirana himself, whereas in another, with works he had perfect knowledge, without having collaborate with them. Some exemples of Subirana’s theoretical works in 1940, are: The preproject of a sanitary center at Diagonal, in Barcelona, where it can be recognized his compositive language and the high level of details in the design of its rooms, as well as the project to build a block of apartments in Sants neighborhood, where only a couple of stairs were constructed. To transform garages into service stations, or to install cinerama’s system in theatres in orders to convert them into cinemas, are some of the projects that he proposed to give a new use to already existing spaces, offering a clear idea of the modernity of his architecture, without having on mind the dogmatism of the rationalism. 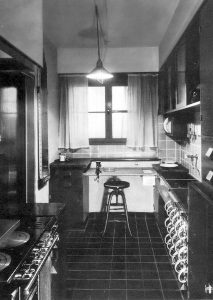 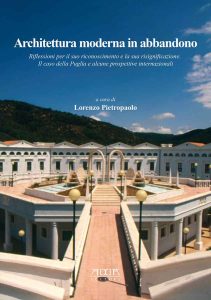 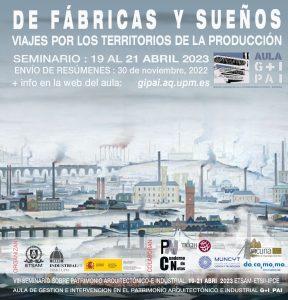