Beyond its renowned role in the field of regulation of the professional work, the corporations of architects in Catalonia have performed an essential role in the development of the architectonic culture since the creation in 1874 of the first of them, the Asociación de Arquitectos de Cataluña. The second of the companies taken into consideration, the Colegio de Arquitectos de Barcelona, was created by law on July 1930. The Asociación refused to dissolve itself into the Colegio, starting with that a period of coexistence of both entities that lasted until the creation of the Sindicat d’Arquitectes de Catalunya on the first days of the Civil War, which merged both entities. The war concluded, the Francoist authorities acknowledged on 1939 only the Chartered Institutes. The nature of these institutions was very diverse. The Associations were of voluntary affiliation, while the Syndicates and the Chartered Institutes were of compulsory association. This aspect gave their actions different characteristics. The firsts had limited resources according to the fees of their members; the lasts charged a percentage of the earnings of the whole of the collegiate members. During the period of the wild development of the sixties, many of the Spanish Chartered Institutes lived in the lap of luxury and most part of those means were dedicated to their cultural activity: visits, trips, conferences, congresses, publications and headquarters for the organizations. In this last aspect the construction of the social headquarters of the institution in Barcelona, which process lasted between 1956 and 1993, constituted an important focus of theoretical discussion. On their different periods these institutions fostered publications, magazines or monographs without setting aside banquets and scientific trips. Furthermore they organized along with other Spanish associations important celebrations such as the Congresos Nacionales de Arquitectos or the indispensable Salones de Arquitectura. These activities had a double scope. On one side they promoted the interior cohesion of their members; on the other side they displayed their activity in front of society. This activity was even extended onto the political field. On the difficult years of the sixties and seventies the institution launched a real museum of contemporary art that no official institution of the moment wanted to set in motion. If we take a look on the names and the chronology of their magazines we will check that they constitute almost the entire issues of Catalonia. Revista de la Asociación de Arquitectos de Cataluña 1893-1895, Anuario de la Asociación de Arquitectos de Cataluña 1899-1930, La Ciutat & la Casa 1925-1928, Gaseta de les arts 1928-1930, Arquitectura i Urbanisme 1931-1937 and Cuadernos de Arquitectura 1944-1979. The Histories of Architecture usually go around the great names and their works. But there are no figures without landscape. Ones and the other always interact over more complex panoramas, that only distance or the lack of interest push into oblivion. The truly great names of the Catalan architecture have almost never participated directly in the activities of the Chartered Institute, although it has taken on and divulged the work of them. This going to and from between a few –with name and surname- and many –that have managed without them in favor of the institution to which they served or represented- is what has weaved the cultural world to which we refer moving through diverse and not rectilinear paths. Hundreds of protagonists have intervened in it, among which are Presidents, Deans, Boards, Spokespersons and base members. This Doctoral Thesis, that covers a wide temporal span ranging from 1874 –year of foundation of the Asociación- to 1979 –year of proclamation of the current Constitution-, has had the aim of being a tree that projects the most complete shade possible of the Catalan architecture, a tree whose core of argument is the cultural activity of the professional associations but whose branches are countless 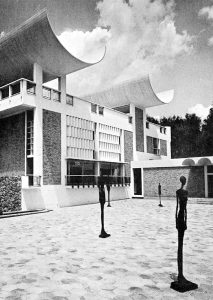 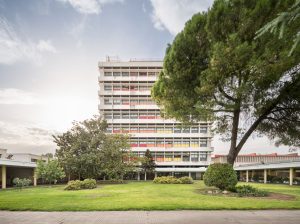 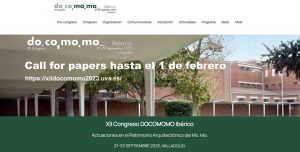