The doctoral thesis examines a case study (not yet investigated), which belongs to the small group of large tourism operations planned during the 60s in the Spanish Mediterranean area. The researcher studies the first management plan of the city of Maspalomas Costa Canaria (Gran Canaria) in order to contribute to and highlight some of the thoughts that arise from the current urban and coastal debate. The case study of Maspalomas, along with the Mar Menor tourism plan (1961-1967) and the international competition project Elviria (1961), is part of the first “educated” experiences in the Spanish littoral tourism planning. The thesis starts from the hypothesis of the UNIQUE and SOPHISTICATED nature of the Maspalomas plan. The plan designed by the French atelier AS ATEA+SETAP, object of an international competition, presented prodigious qualities and features for its time. Today, 50 years later, it becomes one of the outstanding plans, among the rest of tourism interventions, planned during the 60s in the Spanish and French littoral. The adopted methodology consistently supports the proposed hypothesis, using the most direct sources that ccnfirm it. To do this, it was neoessary to investigate: 1. The landscape and its sophisticated representation in the plan (organic and dynamic), by consulting the magazines L’architecture d’aujourd’hui, Urbanisme y Techniques & Architecture between the 50s and 60s decade. Morphologic analysis of Maspalomas landscape, through the 1961 orthophoto pertaining the study area. 2. The study of the French university reform through the visit of the archive oentre “Cité de I’architecture & du patrimoine” (Paris) and the library of the École Nationale Supérieure de Beaux-Arts ENSBA (Paris). 3. Detailed study of the operation and structure of the AS atelier, through researching the archives of the “Centre de documentation de I’urbanime”, the “Cité de I’architecture & du patrimoine” and the magazines mentioned in point 1. 4. Historical analysis of the competition and the relation with the International Union of Architects through the consultation of the paper Falange y Diario de Las Palmas, UIA magazine, interviews with still alive architects from AS (Jean Dimitrijevic y Alain Nama), Cano Lasso studios (Madrid), Julio LaFuente (Rome) and Alejandro dal Castillo (son of the promoter). The doctoral thesis, following the methodology described, was able to give form and substanoe to each of the four parts that constitute the research: landscape; education and training; the work of AS ATEA+SETA; and the competition. The landscape was studied according to the French cultural context and a morphologic analysis of the elements that built the landscape of Maspalomas. The teachings of the AS members and the methods adopted in the ENSBA served as the basis for working with nature and the territory. The work of AS and a review of the plans of highest profile, make the plan of Maspalomas a fine example that shows the value of multidisciplinarity as a method to achieve the sophisticated nature of the plan of Maspalomas. And the study of the competition, as an extraordinary event within the international competitions sponsored by UIA, through the writing of their basis, the selection board, records,participants and projects. The condusion of the thesis emphasises the landscape (activator, dynamic and scale breaks) as the main argument in the coastal planning of the 60s, making the natural and the most physical elements of the territory the basis for urban and tourism planning. A change in the conoeption 0f the landscape and the French teaching system of the late 50s, the study of the work of AS ATEA+SETAP and the celebration of the Maspalomas Costa Canaria intemational competition served as the development. 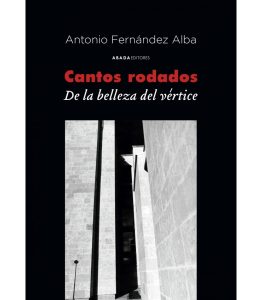 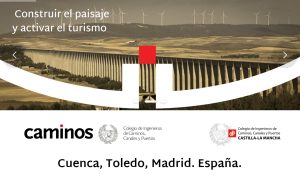 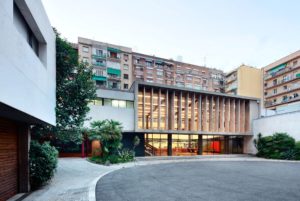 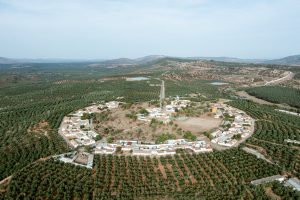